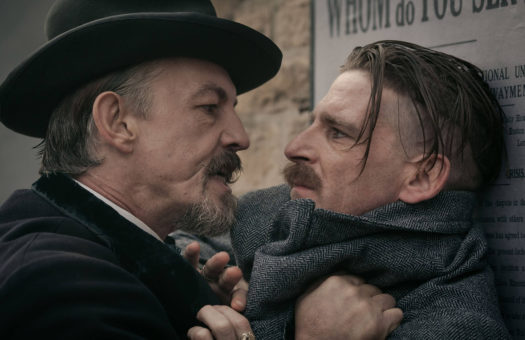 Instead of dedicating this year’s Ebertfest to a person, we are dedicating it to four principles that have proven to be more vital than ever in this political climate: Empathy, Compassion, Kindness and Forgiveness. I’ve had the opportunity to look at cinema and art through the prism of these principles with Ebert Fellows (emerging writers, film critics, filmmakers and technologists) from around the country, some of whom will be attending this year’s festival to continue that discussion in the hope that these principles will spread like memes. In addition to celebrating these principles, we are also dedicating the festival to an organization that embodies each of them: the Alliance for Inclusion and Respect (formerly the Champaign County Anti-Stigma Alliance.) They are sponsoring a documentary, “Mind/Game,” that deals with the challenges faced by a female athlete of color, once dubbed “the female Michael Jordan,” who is diagnosed as bipolar.
“Best Film Studio WordPress theme 2017”
In fact, this will be the first year in which we are showing three documentaries (the other two are “They Call Us Monsters,” by Ben Lear and “Norman Lear: Just Another Version of You,” by Heidi Ewing and Rachel Grady), and they all illustrate in one way or another the essential need for empathy, kindness, compassion and/or forgiveness.
The beauty of these films and the others is that you get to viscerally experience every emotion from laughter to tears, and more, on a screen as wide as the heavens, projected by the expert James Bond, in an audience with 1500 other enraptured movie lovers, with Q&A’s after each film, and academic panels drawn from the industry as well as the University. We open with a newly minted 35 mm copy of “Hair” with it’s producers, Michael Butler and first AD Michael Hausman in attendance. And we close with Irwin Winkler’s “De-Lovely” about Cole Porter with Mr Winkler in attendance, followed by a live performance of songs by the Demers Brothers. What more could you ask for?
Well, there is more, lots more, including Golden-Globe winning, Oscar nominated actress Isabelle Huppert appearing onstage with Sony Classics co-president, Michael Barker and their movie “Elle,” movie star Hugh Dancy and his director Tanya Wexler with “Hysteria,” the iconic director Gary Ross with “Pleasantville,” the talented director Charles Burnett with “To Sleep With Anger,” joined onstage by Robert Townsend; five-time Oscar-nominated cinematographer Caleb Deschanel with “Being There,” a silent film, “Variete” accompanied by our valued Alloy Orchestra; and a short film, “July and Half of August,” presented by our very own film critic and screenwriter, Sheila O’Malley.
So Ebertfest 2017, in our 19th annual installment of the festival, will be celebrating the work of female filmmakers, African-American directors and visionaries from the United States, South Korea, the Netherlands and the Czech Republic. With memories of the Women’s March on Washington fresh in our minds, this festival will be an especially timely one, considering its multiple portrayals of women who are strong, liberated and in some instances, unapologetically sexual beings. We have also unearthed several gems from the past that speak directly to our present moment.

No description. Please update your profile.

Should you ever have a question, please dont hesitate to send a message or reach out on our social media.